The 20 Types of Bad Bosses Exposed 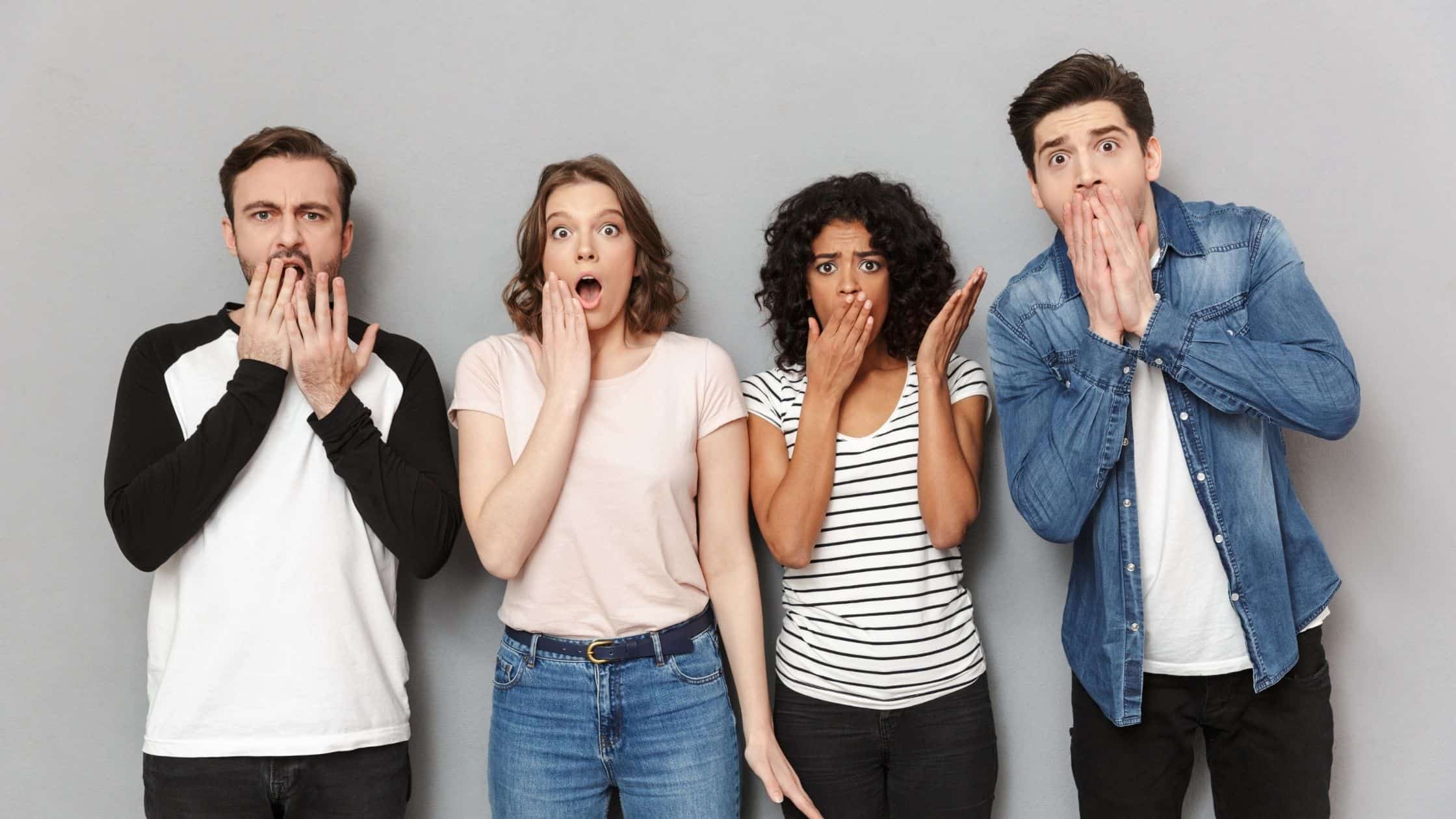 Sometimes you have to play the hand you were dealt. Having the unfortunate pleasure of a bad boss is one of those hands you wish you could redraw. But, unfortunately, bad bosses exist at every level of management. You’ve most likely reported to a bad manager, and if you haven’t, you soon will. Of course, no one is perfect, including your boss. But, these types of bosses create toxic cultures, lower employee engagement, and damage your career. Have you been on the receiving end of these bad bosses? Share your bad boss stories in the comments below.

Why are bad managers still rising within the levels of management? According to Dana Kaland in a Forbes Coaching Council post, there are five reasons bad managers continue to rise.

Bad bosses fail to recognize their impact on you and the team, and they don’t care about your growth and development. The manager-employee relationship is critical for engagement, productivity, employee satisfaction, retention, and career growth. Knowing the types of bad bosses out there helps you identify if your boss falls into one of the following types of bad bosses.

Brown noser bosses will ignore you

The first type of bad boss is the brown noser. Brown nosers are the worst kind of bad boss. These bosses neglect their employees. Instead, they focus their time, energy, and effort on sucking up to their boss and other executives, so they look good in the eyes of senior leaders within the organization. As a result, you end up looking bad.

Bully bosses are bad for your mental health

The next type of bad boss is the bully. Instead of guiding their employees, they bully them. They scream to incite fear and to intimidate you into submission. As a result, they create a culture of distrust, nervousness, and anxiety. Even worse, bully bosses lie behind people’s backs and actively turn work friends into enemies.

Blamer bosses are bad for your career progression

This type of bad boss has no sense of personal accountability. Nothing is their fault, so they quickly point their finger at you. Rules and office policies don’t apply to them. They will leave you high and dry when the situation gets tough, and explanations are needed. As a recent example, blamer bosses are the ones advocating against remote working. They claim employees won’t be productive rather than admitting their management style doesn’t work in a remote environment.

Being a boss means you are no longer the picture. Instead, you are the picture frame. However, narcissistic bosses are self-centered and me-focused. Instead of being about the team, they are focused on how good the team makes them look. They aren’t concerned about what is going on in your personal life because everything is about them. Narcissistic bosses don’t want you to grow and develop because you could outshine them.

When was the last time your boss apologized for a mishap or mistake? If you can’t think of a time, your boss has no humility. This type of bad boss never recognizes their awful behavior, and they don’t atone for standing you up for your one-to-one. Even more, they don’t see how their seagull leadership inhibits you from meeting your goals.

The bestie boss will kill your career

This bad boss type is more concerned with being liked and creating friendships. They exercise little authority out of fear the team would reject them. The bestie boss sacrifices productivity and leadership as a way to buy adoration from the team. As a result, loving your bestie boss is bad for your career.

This type of bad boss loves to talk a lot but says nothing. They call pointless meetings and fill the time with empty jargon and no real outcome. When providing feedback or direction, they speak in ambiguous terms that offer no clarity or understanding. Loquacious bosses make pointless speeches and offer empty conversations.

This type of bad boss gives unclear directions or frequently changes what success looks like. They hoard information and often contradict themselves. As a result, you spend an excessive amount of time deciphering or interpreting your goals. Additionally, this type of bad boss causes a lot of rework for you and the team.

On the opposite end of the spectrum from a micromanager is the absentee boss. This type of bad boss is completely absent from what is happening in the organization and on the team. It is easy to mistake an absentee boss for one who trusts you. But, in reality, they are doing nothing while you and the team do it all. As a result, when you approach your boss for information, you are met with “I don’t know” and “I’ll need to look into that.” But, unfortunately, they never come back to you with any information.

A toddler boss who shouts

Bosses who yell, scream, and shout to get their way are throwing tantrums like a toddler. Somewhere along their journey, they learned that shouting gets results. Working for this type of bad boss causes you to walk on eggshells for fear of poking the bear. A recent Wall Street Journal article indicated people who shout lack confidence in being heard.

This type of bad boss is more interested in employees sucking up than in how they perform. As long as employees are praising them publicly, they allow average and subpar work. Poor performers will retain their position by feeding the ego of the boss. As a result, the employees who are performing have to pick up the slack.

Manipulative bosses scheme and manipulate you

Manipulative bosses are among the worst types because they are often low-key and go undetected. They use people’s emotions like a toy as if it were a game. This type of bad boss uses manipulation to achieve their agenda. As a result, you end up with hurt feelings and wasted energy.

This type of bad boss is oblivious to the realities the team is facing. As a result, they set unrealistic and demanding goals. Then, when the goals aren’t met, they brand the team as lazy, incompetent, or poor performers. Even worse, they decide the team doesn’t have the skills necessary and works to replace them.

This type of bad boss avoids having the necessary but difficult conversations because they fear conflict. So, they don’t address underperformers and delay decision-making. As a result, top performers have to work harder to compensate for non-performers. Even worse, the team becomes dysfunctional because interpersonal issues go unaddressed.

This type of bad boss eliminates all of your autonomy. You need their approval before acting or making decisions. Additionally, they stand over your shoulder, watching your every move. Microbossers are highly controlling and kill innovation and creativity. They use command and control to manage the team.

A boss you don’t respect

This type of bad boss is bad for your career when you don’t, or can’t, respect them. Most likely, you don’t respect your boss because they fall into one of the many types of bad bosses. But, without your respect, your boss can’t coach, guide, or teach you the skills you need to advance your career because you aren’t open to receiving what they can provide.

A bad boss offers no praise or encouragement

This type of bad boss doesn’t thank you for your hard work. They don’t praise you and encourage you when you deliver positive outcomes. A boss who withholds praise does so because they fear you will stop trying. Recognition drives engagement. A boss who can’t recognize their team’s work is among the worst types of bad bosses to have.

Don’t argue, disagree, or debate with a vindictive boss because they will come after you for embarrassing them. They are threatened by your questioning even if your intentions were good. It is best to stay quiet when working for a vengeful boss because they will see you as an enemy no matter how you approach them.

For the perfectionist boss, nothing is going to be good enough

Working for a bad boss is a terrible thing. You will always feel like you are falling short. They damage your confidence and self-esteem. Bad bosses cause your work-friends to leave and damage your organization’s reputation, preventing them from attracting top talent. These types of bad bosses stifle innovation, creativity, and employee engagement. You can’t always get rid of your bad boss, but you always have a choice to move on. 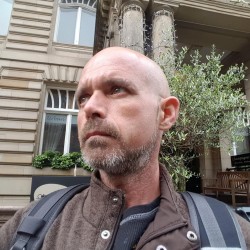